Just four months after making the leap to retail, Golden Cannoli is well-positioned to redefine the specialty cookie category and establish itself as a favorite sweet treat across the nation.

Here’s how Golden Cannoli leveraged RangeMe to get into Whole Foods Market and open up distribution on the West Coast — all within four short months! 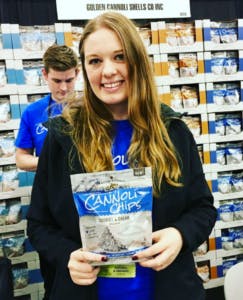 From the start, Ashley Caprio and Golden Cannoli were a match made in heaven. In Golden Cannoli, Caprio found a company looking to make the leap from supplying cannoli products to local bakeries and restaurants to supplying a new, innovative packaged food product to retail stores across the country.

In Caprio, Golden Cannoli found a seasoned industry veteran with a passion for launching products and the resourcefulness to take advantage of new technology to make it happen.

Using their experience working with bakeries, distributors and wholesalers to validate their concept, Golden Cannoli tested their products on consumers and determined a realistic price-point. But Caprio understood that the company still faced an uphill battle in making the category leap from bakery to grocery where the smallest details of a product launch can make or break its success.

Drawing on her business savvy, Caprio formulated a launch plan designed to grab a small, but loyal customer base because, as she says, “as soon as you have loyal customers who will continue to make purchases, you can grow off of that.”

To position the product for success, Caprio made the decision to place their boundary-breaking Cannoli Chips in the specialty cookie aisle where the product would stand out against the background of traditional cookies.

Having tapped her knowledge of industry trends, Caprio had been using RangeMe for more than a year at her previous company before joining Golden Cannoli. By the end of her first week at Golden Cannoli, she had uploaded all three SKUs to RangeMe to get in front of buyers. She knew the products’ category review dates were fast approaching and not being on RangeMe would put them at a disadvantage.

“I realized very quickly that RangeMe would be an essential need to get my brand in front of the right buyers without having to cold call, wait on hold or not even know the right people to reach out to. The more exposure Golden Cannoli can get with buyers, the better off we are,” Caprio says.

Even though Golden Cannoli found success quickly after launching their product, they still faced the age-old problem of geographical limitations. As an East Coast company, Golden Cannoli had trouble cracking the West Coast nut where they did not have distribution and where cannoli is not as well known.

RangeMe bridged this gap by connecting Golden Cannoli and a California Whole Foods Market buyer, resulting in a decision to bring their entire grocery product line onboard in their region.

Although expanding to the West Coast was a bit down the line in their plan,“this opportunity accelerated our plan,” Caprio excitedly shared. They made the strategic decision to open up distribution on the West Coast to establish a presence and solidify their partnership with Whole Foods Market. “We need to be in equal amounts of stores on both coasts in order to grow Golden Cannoli as a nationwide company.” 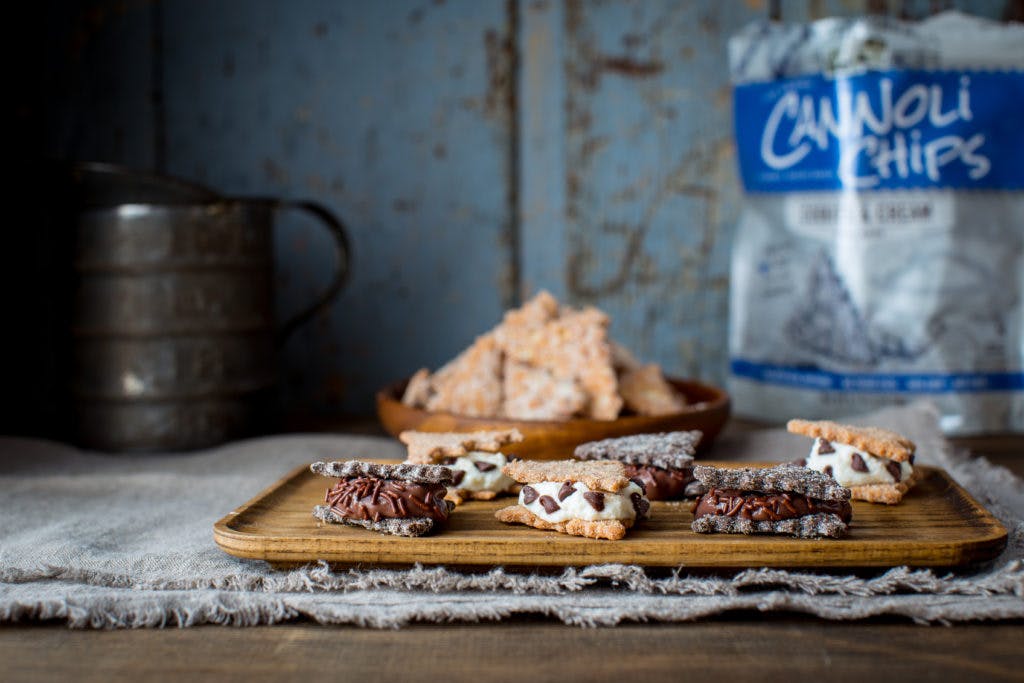 To the Next Four Months

“As long as our quality and consistency in supply stays the same, we can continue to accelerate our sales and grow to be first to market,” Caprio says.

Just four months after making the leap to retail, Golden Cannoli is well-positioned to redefine the specialty cookie category and establish itself as a favorite sweet treat across the nation.

Gray wears many hats in his role as Customer Success Specialist at RangeMe, but his primary motivation is helping set up suppliers for success. Outside of the office, Gray is an avid skier and amateur historian.

Live webinars and workshops just for you!