Supplier Spotlight: How a Respect for simplicity led to success

Seeing firsthand how consumer preferences have evolved over time, it wasn’t a surprise to see how the trends in food shifted to a health-conscious focus.

Respect Foods wants to help shoppers make better decisions when buying food at the supermarket with a belief that simple and healthy food can be “amazingly good.”

The launch of their first branded product, a raw frozen antibiotic-free turkey burger, allowed the company to showcase exactly what “simple” means when it comes to food. With just three ingredients in their burger, shoppers can easily recognize (and pronounce) what’s included in their meal. Read on to learn about what happened when Sam’s Club discovered Respect® Turkey Burgers on RangeMe and how this experience is helping jumpstart their plans for future expansion. 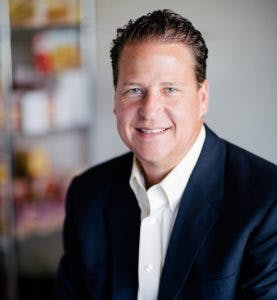 r Consumer
Ken Hartman, President of Respect Foods, brings decades of industry experience to the Respect® brand. Seeing firsthand how consumer preferences have evolved over time, it wasn’t a surprise to see how the trends in food shifted to a health-conscious focus. “Food was becoming too complex. Consumers were desiring more wholesomeness,” Hartman explains.

Using only simple ingredients – turkey, sea salt and rosemary extract – in their burgers, Respect Foods wants to show retailers their dedication to creating more wholesome offerings for their customers.

Sam’s Club Appeal
Sam’s Club, a warehouse club for small business and everyday living, uses RangeMe to discover emerging brands and products for their 650 club stores across the U.S. and Puerto Rico. When a regional buyer out of the Southwest came across Respect Foods’ product on RangeMe, it was a match made in burger heaven.

“When we first heard about RangeMe we thought that it was another one of those ‘offers’ you receive as a business owner. Nevertheless, we decided to give it a shot,” Hartman states.

It quickly became apparent that RangeMe was a valid channel for retail opportunities when a Sam’s Club buyer reached out to request samples. “RangeMe opened the door to Sam’s Club,” Hartman says.

After sending samples and sharing the Respect Foods vision and promise, Hartman won over the tastebuds and mind of the Sam’s Club buyer. Sam’s Club signed on to stock Respect® Turkey Burgers in the frozen aisles in 78 stores across the state of Texas, Louisiana, and New Mexico. 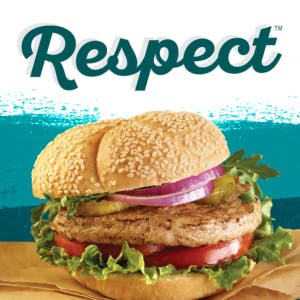 the Menu
“Our frozen raw turkey burgers are just the beginning for Respect Food,” Hartman says. “We hope to expand our portfolio of raw antibiotic-free burgers in 2018. A beef version is in development. We not only want it to be healthier, but like our turkey burgers, we want it to be amazingly good!”

Ringing true to their motto, “Compassion for people. Passion for food. That’s the Respect story,” Respect Food is on a mission to bring simple, healthy food to shoppers across America.