As a one-woman team, Missy Clay leveraged RangeMe to get her bath bomb line nationwide in Sprouts Farmers Market.

The world of natural bath products is competitive. So when Missy Clay launched her line of natural soaps and bath bombs, she made no apologies about shooting for the moon when it came to getting her products on store shelves. Read on to find out how this RangeMe Verified™ brand landed a nationwide private label deal with Sprouts Farmers Market.

A surprise discovery
In 2009, quite by accident, Clay discovered her knack for making natural bath products. With a daughter who suffered from eczema and plaque psoriasis, Clay had searched high and low for bath and shower products that wouldn’t burn her daughter’s skin and wouldn’t cost an arm and a leg. When her efforts yielded no results, she rolled up her sleeves and started formulating recipes. 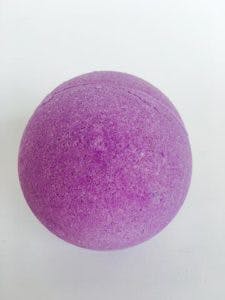 “I first came up with a calendula lavender scented lotion and soap that is still oneof my main staples,” Clay says. Although the soap didn’t cure her daughter’s eczema and psoriasis, it did start to calm her skin, so much so that friends and family began to notice and asked Clay to make some soap for them too.

In 2017, Clay and her family relocated from Oklahoma to Texas, and it was during this time she made the big decision that changed the course of her life: to go all-in and commit to growing Yummy Life Naturals.

After her move, she went straight to the source and paid a visit to her local Whole Foods Market store. It was in the bath and body aisle that Clay learned about RangeMe for the first time. 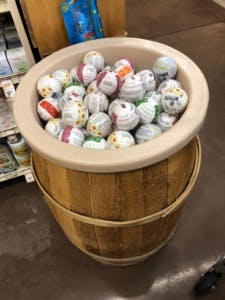 “The woman who worked in the body section instructed me to go through RangeMe to work with Whole Foods,” Clay explains. She quickly signed up for RangeMe and spent the next two days developing her profile and uploading her products to the platform.

“She directed me in a moment that I needed to be directed, because I was doing a lot of work and expending a lot of samples by sending them to retailers directly,” Clay says.

Soon after joining RangeMe, Clay was contacted by Sprouts Farmers Market—a sign, she says, showed her she was doing the right thing. “I shop there, I know what they do — and I believe they are a great retailer,” Clay says. Still, landing a deal with Sprouts had a steep learning curve for Clay, but one she happily tackled.

Sprouts had one condition for taking on Yummy Life Natural’s products—they wanted to sell them under their private label brand. Clay readily agreed, so the national grocery chain took on nine different scents of Clay’s bath bombs, including a detox blend made from essential oils, grapefruit bergamot and sea salt, and green tea scents developed exclusively for Sprouts and their customers. After working with the retailer on package design, the products were ready for launch — officially rolling out in May of this year. Though it’s been a labor-intensive process, she says, it’s also been a very collaborative one. 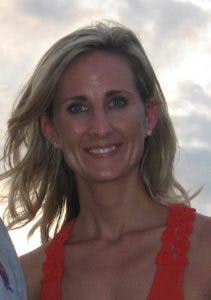 Yummy Life Naturals has always been a one-woman show, so now with Sprouts as a new client Clay has brought on twelve new staff members to help her ramp up production. The company has a new kitchen, office, and warehouse facility ready to handle large orders. And through it all, Clay is looking forward knowing that she has an excellent product people want.

“In the beginning, people would tell me I should focus on something else because everybody is making soap,” she says. “But when you know it’s special, you have to hang in there. It’s not easy to get to that next level but you can — I’m proof that you can.”